Mainstreet in the community 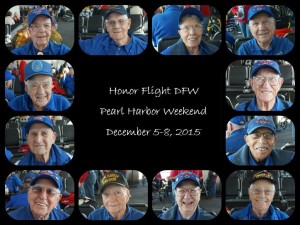 In remembrance of the 74th anniversary of Pearl Harbor, a group of 12 World War II veterans from Texas traveled to Washington D.C. to participate in the ceremonies honoring current and former military.  The heroes were accompanied by the volunteers of Honor Flight DFW, a non-profit organization whose mission is to honor our nation’s veterans.

Mainstreet’s own Terry Kasen was one of the volunteers who participated in this once-in-a-lifetime event made possible through the generous support of Southwest Airlines, the USAA and the Washington Redskins. 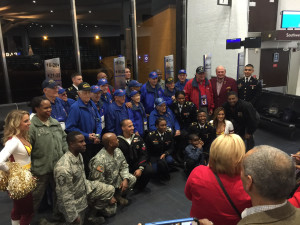 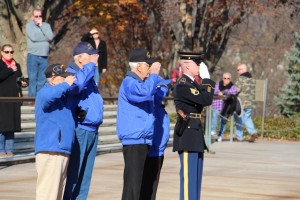 Mr. Laura M., U.S. Navy, served as a Fireman on the USS OCANTO and participated in the battle of Okinawa.  After the war, Mr. Mays helped to transport American POW’s back from Japan after the war.

later stationed at Ft. Carson, Colorado before being discharged as a Captain in August 1949.

Mr. Dale “Doc” N., U.S. Navy, served as a Navy corpsman on board LST ships where he delivered troops to the shores of North Africa, Sicily, and Omaha Beach on D-Day. Following the invasion of Sicily, Nelsen was awarded the Bronze Star and now wears 9 campaign ribbons on his uniform.

Mr. Ted W., U.S. Navy, served aboard the USS Portland. He saw action in the Pacific Theater’s first naval battle, the Battle of the Coral Sea, plus 17 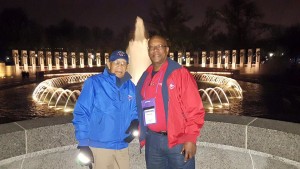 subsequent battles.  He was also a witness when the Japanese signed the surrender of the South Pacific on the USS Portland. 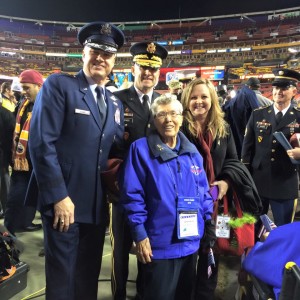 Both the Washington Redskins and USAA made sure that the heroes participated in remembrance events throughout the weekend including the Pearl Harbor Remembrance Ceremony at the WWII Memorial, and a visit to Arlington National Cemetery.

The heroes were then honored on-field at the Monday Night Football ‘Salute to Service’ game between the Dallas Cowboys and Washington Redskins.  Not only were they honored on national TV, we think they also brought the Cowboy’s a much-needed win.

Our Mainstreet team honors the heroes who have helped to shape the lives of many.

Honor Flight is a network of volunteers established for the express purpose of getting as many WWII Veterans as possible to Washington, DC to view the WorldWar II Memorial. Earl Morse, a physician’s assistant from Ohio, originally set up honor Flight in 2004.

Honor Flight DFW (HFDFW) was established in September 2008 to bring this wonderful effort to the Dallas/Ft Worth/North Texas area. The first flight departed DFW in 2009 and, to date, Honor Flight DFW has flown over 1,100 WWII veterans to Washington, DC.  The all expense paid, overnight trip to Washington, DC includes visits to: WWII, Korean, Vietnam, Marine (Iwo Jima), Navy and Air Force Memorials and Arlington Cemetery. Each veteran is assigned a Guardian to ensure his/her safety. Additionally, a team of volunteer medical professionals travels with each flight.