A Tribute to Our Colleague and Friend, Jerry Lewis 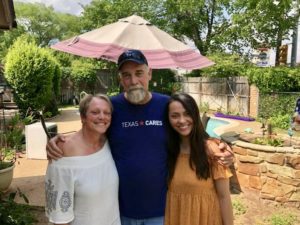 Our longtime friend and Mainstreet colleague Gerald (Jerry) Lewis passed away in the final hours of 2018 after a prolonged illness. This post is our tribute to a treasured colleague.

Jerry was with Mainstreet for 11 years having joined us in 2007 to support our depot services contract for Blockbuster Video. When Blockbuster ceased operations, Jerry moved to our sales team where he began to build our field service business. He worked tirelessly, often beginning and ending his long days working with technicians and our major clients. He loved what he did and was very good at it.

Jerry’s contributions will benefit our business for a long time. We were fortunate that he was able to share his expertise with us so we could seamlessly transition his responsibilities for our clients.

Jerry was a true Texan – tall and cool, with a rich accent. Born in Dallas in the early 1950s, he lived his entire life here.

Music was his passion. His style was Texas blues / Skynrd and he was well respected by DFW’s community of musicians performing with many over the years including local jam sessions. In 2013, Jerry and his friend – blues musician George Stancell – were asked to be the backup band for Jerry Springer in an Elvis tribute. It was so cool to see a clip of that concert on national TV.

Jerry was incredibly kind. Often he would help the homeless either buying them a meal or giving them a ride when he saw them struggling trying to walk down the street in the Texas summer heat carrying most of their belongings. “There but by the grace of God go I” was taught to him by his mother and he never forgot that.

His dry sense of humor meant that every day was fun and full of laughs. Those are some of the best memories that we have of him.

He was intelligent, well read and always wanted to learn. History was his favorite subject and his knowledge was almost encyclopedic.

His diagnosis in March 2018 meant that he had to give up his favorite Whataburger diet (a true Texas staple) for one that was healthy – he called it his “caustic” diet. While he tried to tell us that “Whataburger was clean food” he would reluctantly let us bring him treats of kale, kombucha and granola. Our last treat with him was a Thanksgiving lunch at our favorite local Mexican restaurant, Mariano’s, it wasn’t healthy but it sure was fun.

Jerry worked throughout most of his illness, often times during chemo treatments. He worked tirelessly until his last few weeks.

Jerry is survived by his wife Kim, daughter Maria, son Cameron and a huge circle of friends and colleagues who miss him dearly.

We are fortunate to have known and worked with this truly exceptional man. 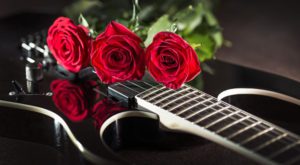