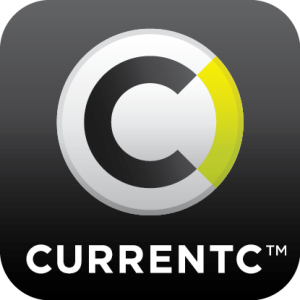 When we originally researched and posted this blog, prior to Apple Pay’s October 20th launch, it appeared that MCX CurrentC could be a strong competitor to Apple Pay in retail.  That may still happen but there have been some significant developments over the past 11 days which could challenge public perception of CurrentC and its widespread acceptance:

Apple CEO Tim Cook announced it had 1 million Apple Pay activations within its 1st three days of use.

MCX notified customers yesterday that it had been hacked by unauthorized third parties who obtained email addresses of CurrentC pilot program participants and individuals.  MCX CEO Dekkers Davidson, in an October 28th  blog posted that many of these email addresses are dummy accounts used for testing purposes only. The CurrentC app itself was not affected.

MCX merchants can accept other mobile wallets:  The following day Mr. Davidson posted that MCX merchants can make their own decisions about what solutions they want to bring to their customers and if the merchant decides to stop working with MCX, there are no fines.  This appears to contradict the strategy of MCX retailers like CVS who disabled their NFC readers but it could be a change in policy for MCX.

Some say there is a perception that CurrentC benefits the retailers more than it does the customers.  A positive side to the events of this week is that MCX is opening communications, albeit the past few days have focused on mitigating the negative.  MCX should continue to communicate, focus on the consumer benefits and security of their solution while

potentially correcting any misinformation about their solution.

CurrentC is a mobile wallet being developed by Merchant Customer Exchange (MCX) — a group of major retailers, led by Walmart, who want greater control of payments, their mobile brand and mobile customer experience.  Their goals include reducing (or eliminating) credit card fees and retaining more of their customer data. MCX was established in 2012 and currently consists of 59 participating retailers, many large Tier 1 merchants, across all segments including:

Together, these retailers operate more than 110,000 stores and process $1 trillion in annual payments representing more than 20% of the total US retail payments volume.

One week prior to the Apple Pay announcement, MCX announced CurrentC.  The platform has been in a private pilot earlier this year with the pilot program expanding to additional stores throughout 2014.  It will launch commercially on both regional and national scales reportedly in early in 2015.  MCX is limiting the information it is publicizing about the product.

MCX began to build the mobile wallet in April 2013 using digital security leader, Gemalto.  Earlier this year, they were replaced by Paydiant.  There’s speculation the change may have caused the delay in the pilot.  Paydiant is a ‘white label’ payment platform consisting of a development toolkit that handles all the complexities of creating a wallet and integrates it with the retailer’s point-of-sale ecosystem.  Their technology is the reason why CurrentC runs on existing smartphones, POS and payment terminals and their application payment interface (API) is easy to implement enabling the POS to present a QR Code for the smartphone to scan and initiate the payment transfer.

FIS Global is the backbone of the payment processing providing a suite of products for processing, infrastructure, settlement and routing.  A key benefit for MCX is reduced costs associated with debit transactions as they are able to connect directly with the bank rather than through credit card platforms.

Some conflicting information: CurrentC accepts credit cards.  If MCX developed CurrentC to reduce credit card fees and instead uses Automated Clearing House (ACH), an electronic network for financial transactions in the United States that could imply that CurrentC is linked to consumer bank accounts or credit lines instead of going through the payment-card networks.  Some recent reports indicate the CurrentC either now accepts, or plans to add, credit cards to its mobile wallets.

MCX says “consumers will be able to gain access to the entire CurrentC network and all its benefits by using the CurrentC app as well as through merchants’ mobile applications that utilize CurrentC functionality.  It’s a software-based solution that works with most existing point-of-sale terminals.  The application can be downloaded for free from the App Store and Google Play Store.  Available for both iOS and Android devices, it is designed to ‘simplify and expedite the customer checkout process by applying qualifying offers and coupons, participating merchant rewards, loyalty programs and membership accounts, and offering payment options through the consumer’s selected financial account, all with a single scan.”

What CurrentC doesn’t do is support the contactless Near Field Communications (NFC) used by Apple Pay.  In fact, many MCX retailers have turned off the NFC capabilities in their systems.  A recent slate.com blog post quotes a WSJ article that Best Buy, for example, had installed digital scanners at its checkouts that would be used to scan an iPhone6 but turned them off in 2011 because the cost of supporting the platform was too high.  Other MCX merchants have refused to accept Apple Pay.

MCX’s October 29th blog posting stated that MCX merchants can make their own decisions about what solutions they want to bring to their customers and if the merchant decides to stop working with MCX, there are no fines.

Tech Crunch reported that in a virtual press conference earlier this week, MCX’s Mr. Davidson said “We’re agnostic about technology. We started with QR code-based technology that allows us to go to market broadly. If we need, we can pivot to NFC.” That means if retailers strongly prefer the NFC system used by Apple Pay to MCX’s mobile payment app CurrentC’s QR code system, CurrentC could switch to the more popular and graceful near field communication protocol. Davidson noted that MCX is working with retailers on “other technology that goes beyond QR codes” already. And specifically, MCX merchants are excited about Bluetooth Low-Energy solutions.

By operating on existing point-of-sale systems, merchants of any size, in any segment, have a cost-effective entry into mobile payment acceptance.  It’s estimated the merchant can save $100 to $150 by not having to install an NFC reader at every point-of-sale although with the advent of EMV requiring payment terminal upgrades, the addition of NFC  capability may not be a major cost for many retailers.

With FIS as part of the MCX solution, retailers only have to do a software update to get the ability to read a QR code.  No special scanner is required.

Enriching the customer experience as retailers are not ceding information to credit card companies.  Instead they can directly see the full view of the customer’s engagement nurturing it with special offers, rewards and more meaningful messaging and offers.  Other potential applications include ordering food or other items prior to going to the store for pick-up, create shopping lists, mobile commerce and shopping, geolocation-based offers and advanced data analytics.

The merchant members of MCX will also be able to leverage the consortium’s bargaining power to drive costs and inefficiencies out of the payments process.

Consumers can save money as special offers, promotions, loyalty programs, coupons are all available at time of payment.  They can earn loyalty rewards from the participating merchant’s rewards program.  Their payments are simplified because they have the ability to select from a variety of financial accounts including bank and gift cards (credit card acceptance still needs to be validated).  And finally, CurrentC is a more secure payment option than traditional credit cards as card information is stored in the cloud ‘vault’.  Tokenization ensures the retailer never sees the credit card information the customer is using.

Is this another VHS versus Beta?

Until Apple Pay, PayPal was the leader in mobile wallets with others such as Isis and Google Wallet struggling.  It’s likely the real mobile payments battle will be between CurrentC and Apple Pay.

One of Apple’s key advantages is the millions of consumers’ credit card information already stored on iTunes making enrollment and use easy.  Apple users traditionally transition quickly to the latest iPhone version.  If that occurs with the iPhone 6 then it is likely Apple Pay will get a major following as Whole Foods, McDonalds, Bloomingdale’s, Disney Store, Duane Reade, Macy’s, Sephora, Staples, Subway and Walgreens have installed, or plan to install, payment terminals that enable them to accept Apple Pay.

Apple has ‘first to market’ advantage and a reported 1 million activations within its first 3 days of availability.

MCX CurrentC could succeed because of their merchant partners, loyalty offering and the benefits to consumers.  However with commercial release sometime in 2015, it loses ‘first to market’ advantage to Apple Pay who likely will already have established a significant following by then.

Retail analyst and Forbes contributor, Paula Rosenblum, reports that Walgreens philosophy has always been focused on customer choice and access.  Their ability to support multiple mobile payments (Apple Pay, Google Wallet and Softcard) was enabled when they included NFC capability in the new POS system rolled out in 2012.  Rosenblum further comments that Walgreens’ executives want to provide their customers with the most convenient and ‘frictionless’ option that will not impede a positive shopping experience.

Smart retailers like Walgreens know that ultimately consumers will determine which mobile wallet is best for them but will provide their shoppers with a range of choices comparable to that which they offer today for traditional, plastic credit cards.

One thing that’s certain, with EMV and mobile wallets, retail payments is the industry to watch over the next year.